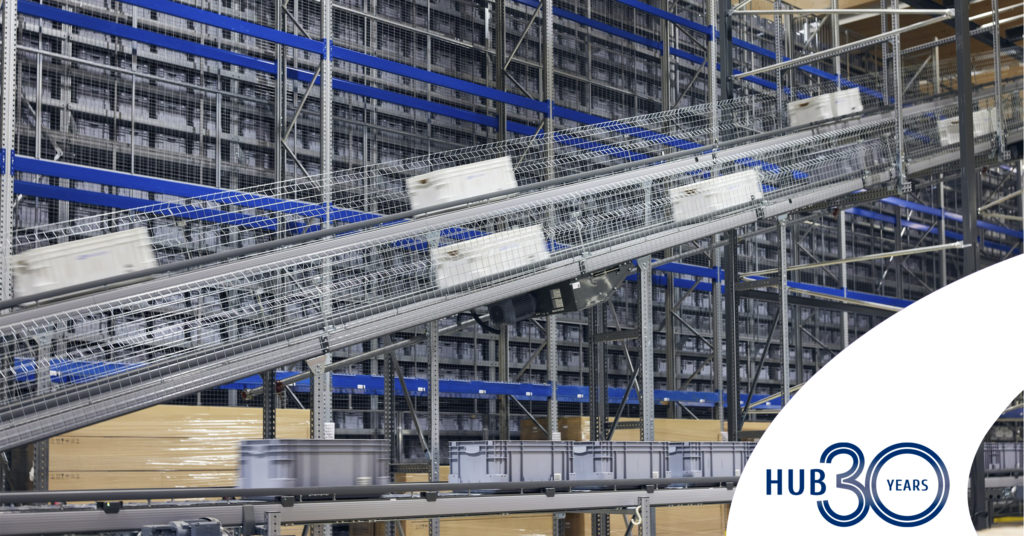 HUB logistics’ logistics center in Vantaa was Finland’s first 3PL-automated warehouse at the time it was built. Building an own logistics center is one of the milestones in HUB’s 30-year-history. It is the biggest investment in HUB’s history, which still represents pioneering in warehousing in Finland. It serves customers with progressive processes, high-quality automation and strong competent.

Thought of an own automated logistics center was first raised in the early 2000s, but to build one became possible in 2010s along with HUB’s growth, wider clientele and further developed of automation technology.

– For approximately ten years, we followed closely automation technologies to develop. Mechanical automation solutions would not have given the solution for warehousing services we were planning. Previously in our history, we built an automated warehouse for an automobile factory. It was due to this successful implementation and inspiration as well as development in automation technology to shuttle-models, we decided to make this significant investment, tells Aarno Törmälä, founder of HUB logistics.

Planning of the logistics center started in 2016 together with construction company Lehto and Chief Designer, Architect Pekka Penttinen.

–I am thankful for HUB’s new and enthusiastic engineers, who without any hesitation, took up the challenge and planned the layout, processes, material flows and technology to this warehouse. This innovative group was a mainstay in planning and implementation, tells Aarno Törmälä.

One member of this development team was HUB’s current development director Anssi Tura. According to Tura, different service concepts, options and scenarios were created and evaluated: what kind of customers and businesses does the new warehouse serve.

– Based on existing data, we considered the client portfolio and made calculations and simulations of product variations and order-delivery processes. Based on development team’s concepts a decision was made to create a warehouse, which meets e-commerce-logistics demands – to bring large volumes in and smaller packages out, tells Anssi.

– We talked about e-commerce back in 2010s. We strongly believed that online shopping for consumer goods and spare parts sales will grow in the future and we based our warehouse plans on this vision, Törmälä summarizes.

From location mapping to commissioning

First phase was to find the perfect location with good transport connections and make estimates for the size. Location in Vantaa, Hakkila was perfect since connections to main highways are good and distances to the airport and harbours are short. After bigger guidelines, design work and planning were highly detailed including layout plans, material flows, capacity of shelf storages etc. Calculations and plans needed match with demands from equipment suppliers. Anssi Tura tells that the project was highly interesting as the development team got to dive deep into planning.

Extensive earthmoving and blasting work had to be carried out before the construction work due to the challenging form and location of the plot. There is a protected culturohistoric landscape on the western side of the plot which, for instance, set limits to the height of the building. Construction work took ten months and building was handed over to HUB in February 2017. Clients were moved to Hakkila in stages.

– Moving as an entity was an intense project and demanded a big push form our team. Development engineers took part in shelving items and products and we basically helped in everything we could. Luckily, we had excellent project managers who kept the threads in their hands, reminisces Tura.

High quality warehouse management system is the heart of the warehouse

Before moving into Hakkila, HUB operated in a temporary warehouse in which systems were tested, shelf places created and processes refined. Along with the tests, the development team noticed that WMS of that time did not meet the changed, more demanding needs – a new one had to be invested.

– Our aim was to create a best possible entirety, in which WMS plays a big role. It is the heart of the warehouse operations, and it guides our actions. Therefore, we rather quickly decided to change our WMS to a reliable and capable alternative. Intense mapping and implementation, which was pushed through in six months, and our automated warehouse got to start operations with brand-new WMS, Anssi tells.

ISO14001-sertificate guides HUB’s environmental work. Green values were present when planning Hakkila warehouse. Possibility to use geothermal heat was carefully studied. Because the plot is located in groundwater area, the depth of the building foundations had to stay within the limits specified by the authorities. For the same reason, the building must be heated with district heating instead of geothermal heating.

In 2018, solar panels were installed at the roof – 560 altogether. They produce approximately 16 of logistic center’s annual need.

Energy efficiency is considered in several ways. LED-lighting is used in production premises. Lights are controlled with motion detector. Regular energy auditions guide toward even better and sustainable solutions toward better energy efficiency.

Hakkila logistics center is an omnichannel warehouse, in which warehousing takes place both automatically and manually. Operations are constantly being developed and service levels improved with numerous development projects. Development work needs to be systematic and continuous as warehousing needs to be agile and reliable at the same time.

HUB chose advanced shuttle-robots to run automated warehouse. Carefully planned processes and investment in digitalization create a unique and comprehensive service concept for customers. With automation it is possible to reach up to 99,9% picking accuracy and picking speed is faster compared to manual collecting.

– Automated warehouse scales according to customer’s needs and picking accuracy is top-quality. And how does it show to customers: less collecting erros. If all products were collected manually, it would require several workers compared to automation, Anssi lists the benefits of automation.

Tura names, that flexibility was the most important element when planning automated warehouse. Scaling automation to meet customer’s needs was taken into account: services will be created based on volumes and requirements. It is possible to increase capacity, if collecting points or storage space is needed more.

– In Hakkila automated warehouse we have quality automation and modern digital solutions. We constantly develop our processes forward. We seek for new solutions and refine the processes. This way we can create a service, that brings true savings and benefits and offers our customer’s to concentrate in their core business, Anssi summarizes.

– We have in many sense been in the frontline to try new things. For some companies, it is relevant to invest and run their own warehouse, but not for all. For some, outsourcing is the key to success. As a 3PL-logistics operator we built the first automated warehouse in Finland. Still, after five years, it runs smoothly with by far fastest picking speed and excellent picking accuracy. It serves customers brilliantly, Aarno Törmälä says.

Read more about our warehousing services 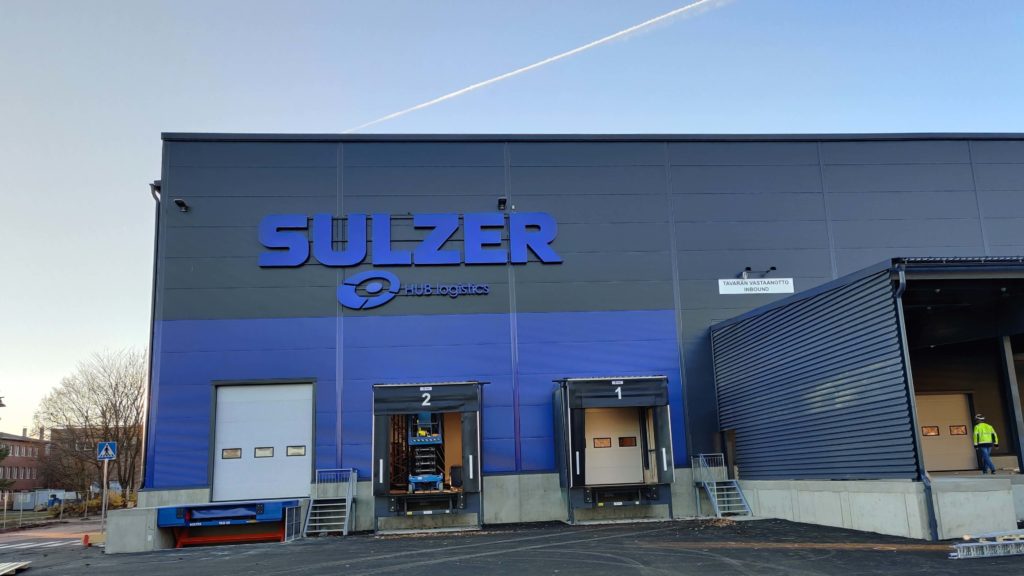 Sulzer Pumps Finland Oy launched an investment project in the spring of 2021, which will renew the assembly, test run 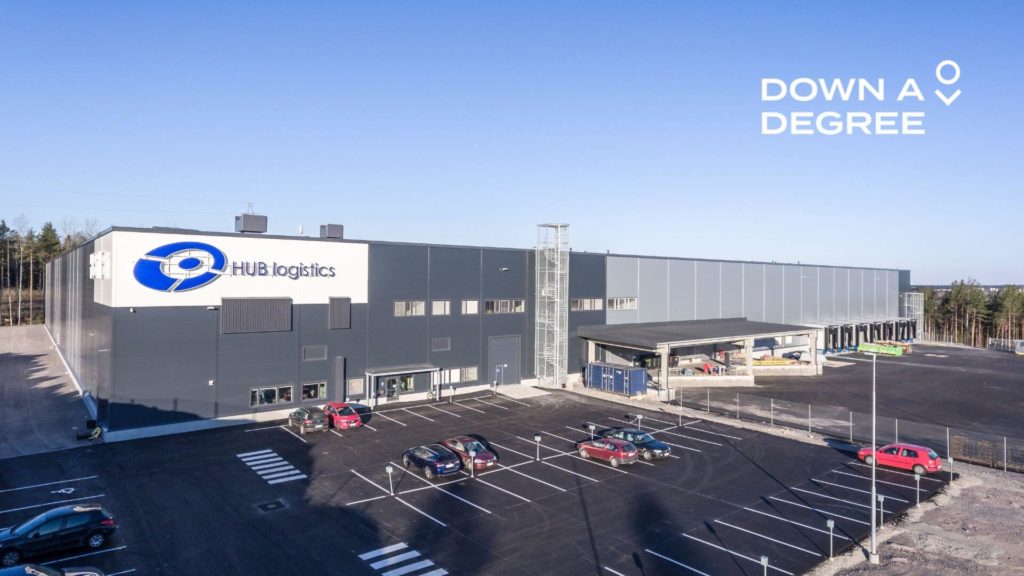 HUB logistics participates Down a degree-campaign

HUB logistics takes part in the national Down a degree-campaign, the goal of which is to get at least 95%